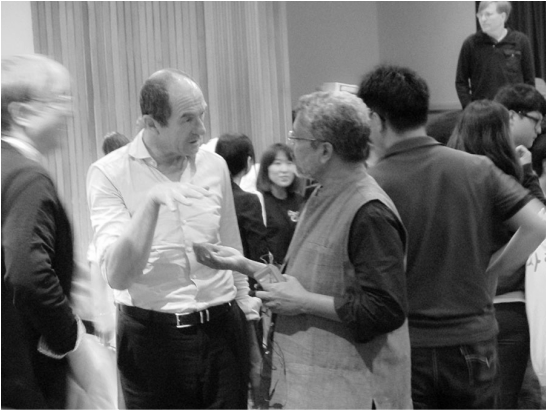 I am now going to present a series of films made by Enno Schmidt.
I met Enno in Seoul in June 2015 at a conference organised by Basic Income Korea Network. I immediately saw that this is a man with fire inside. I took an instant liking for him. Enno is as passionate on stage when he talks about Basic Income as he is in his films. His films are a pure delight to watch. They are lucid, and to the point.

The first film I present is on

Read on, and then watch the film:

Past President Canadian Medical Association, Dr. Anna Reid, recommends a basic income for health reasons. She underpins that with her practical experience as a physician and the research findings of the Medical Association. Enno Schmidt interviewed her in her hotel room during the BIEN Congress in Montreal June 2014.
Dr. Reid says: " Fifty percent of health outcomes are determined by social factors for health. Only 25 percent health outcomes are determined by medical care. For the most important social factor for health is the actually income level.”


Schmidt is co-founder of the initiative for an unconditional basic income in Switzerland and author of the film: “Basic Income – a cultural impuls“.

click to watch 'Income and Health' by Enno
Powered by